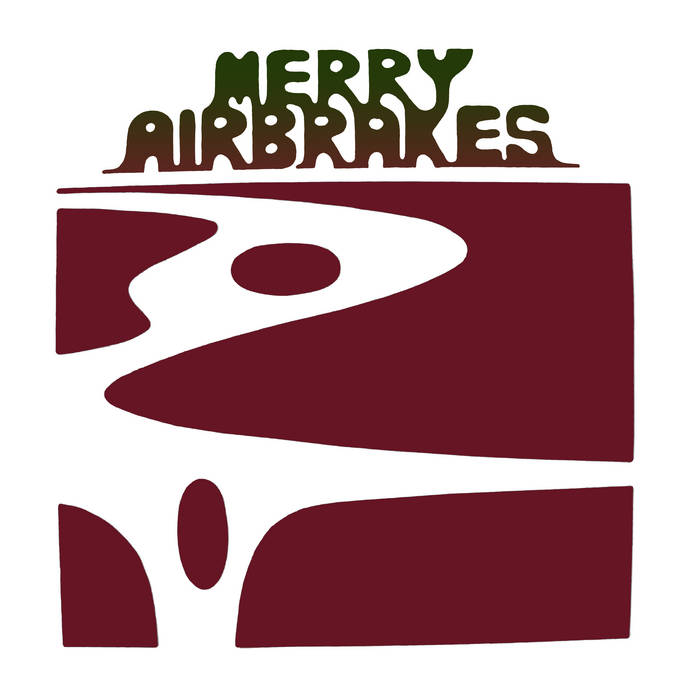 "Its 1973... in three years it will be 1976. This album of music, conceived and recorded during the months between the 1972 Presidential election and the full-flowering of the Watergate disclosures, is an anti-capitalistic, anti-imperialistic album, and is the distillation of the best four years of my life, in the Vietnam War, and as one of the Vietnam Veterans Against the War." - Bill Homans (Merry Airbrakes)

"Well-known bluesman and one-time Oklahoman Bill Homans, known in the blues world as "Watermelon Slim" and known by 70's rare psychedelic vinyl collectors as "Merry Airbrakes" found work as forklift driver, funeral officiator, small-time criminal, newspaper reporter, saw miller, and truck driver for industrial waste among others. In 1979, Slim and a friend came to Oklahoma and wound up in Pushmataha County, where he bought a piece of land and took up watermelon farming. That vocation didn't last, but the nickname he got doing it did.

It was in Vietnam, while laid up by an extended illness at a Cam Ranh Bay hospital, that Homans negotiated in French the five dollar purchase of his first guitar from a “papasan” in a tiny commissary on the hospital grounds. “It was the nastiest old guitar you ever saw, but it did have all six strings on it,” he said. There, with a Zippo lighter and a broken shard of a coffee can top, he began to teach himself to play his unique, backwards style of bottleneck slide.

After returning stateside he would join the ranks of Vietnam Veterans Against the War (VVAW), and in 1973 recorded with his brother and friends an LP titled “Merry Airbrakes,” a protest album he categorized as “psychedelic folk.” A cut from that record eventually appeared on a Country Joe McDonald compilation of music by Vietnam veterans. However, his music career would soon tank. A brief career in petty crime ensued, which he would forsake by 1978."

What is an underground album? Some people would say that it is one which has been produced outside, or in spite, of the music industry, whether or not it has prospered. This album, Merry Airbrakes, has incontrovertible underground credentials.

Six years have given me ample perspective on my first recordings, here presented to you. This may be one of the only albums you'll hear by a Vietnam veteran, and aside from certain American bluesmen, John, Prine, and a literal handful of others, American music has never addressed the Vietnam War and its effects. Certainly it is the only place you will ever hear a song from the Vietnamese point of view.

This change, on the surface. This is, afterall, the post-industrial-peak technocracy, in which it is acknowledged at the highest levels that full employment will never again be achieved, and that people therefore must be mindlessly entertained so as to maintain stability. The ship sinks slowly and in one piece, according to the "conservatives" economic scenarios.

But that spirit which made Merry Airbrakes possible does not change. it is this very spirits of our Mother the Earth which has kept me on the path I have walked since joining the VVAW. That path has led me to Seabrook, New Hampshire, to New Mexico, New York, South Dakota, Minnesota, and many places in between. Our cries of "Bring our brothers home, now!" have become "Save the earth!" and "No nukes!" I'm still walking (and, though it's getting expensive, driving) that path of planetary service.

The songs herein are especially dedicated to my brothers who made it back to the world, and to those who didn't...

To the Gainesville Eight, who realize better than most, that revolution is a continuous and dynamic process if it exists at all. I also wish to express my love and gratitude to Gandalf, Ethel, Danny, Barbara, Don, Mike, cousin Pete, my parents and all the people who have been my friends and lovers. Finally, to all political prisoners, from Saigon to Concord to Bogue Chitto to Valparaiso.

Bandcamp Daily  your guide to the world of Bandcamp